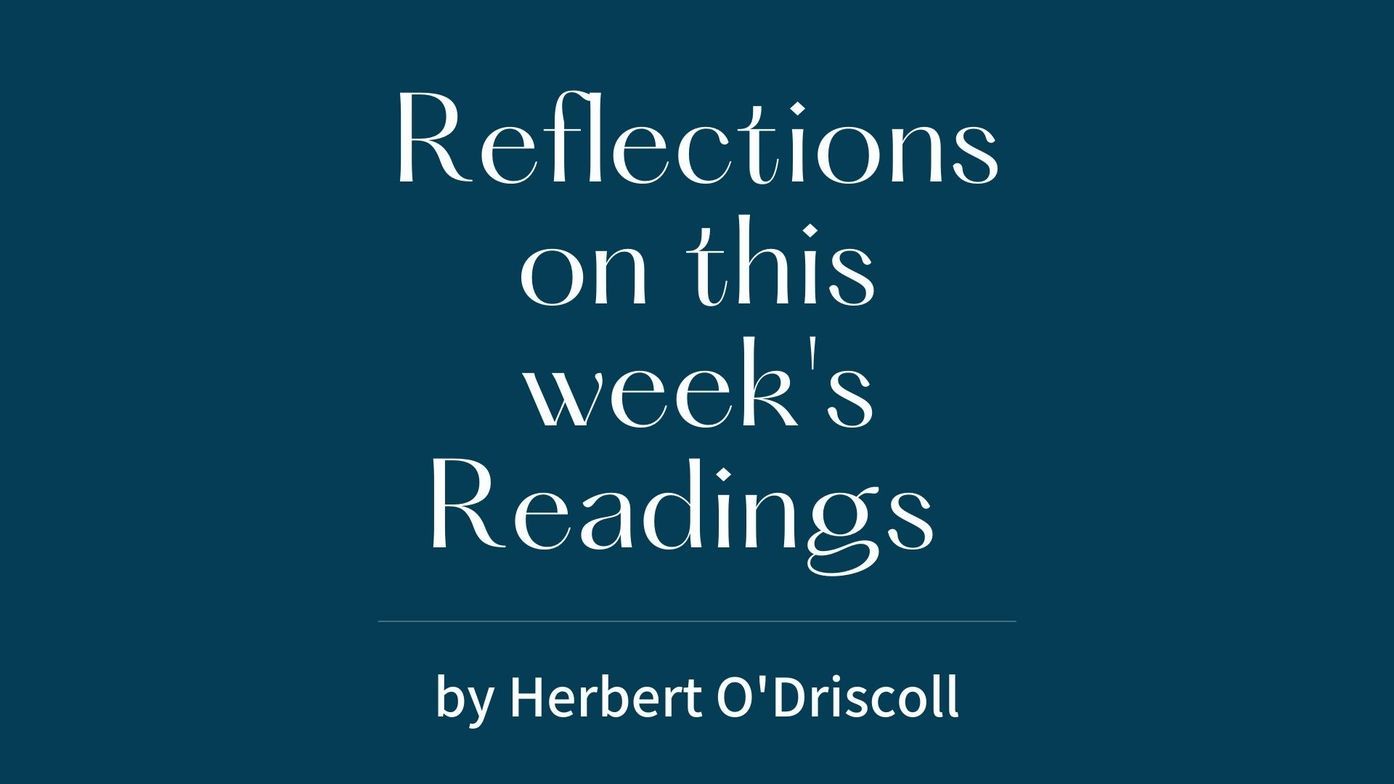 The whole lectionary, three years of it, begins today. It begins with an extraordinarily gifted writer named Isaiah, asking us to try to imagine what he sees as a possible future for his city Jerusalem and its Temple, built centuries before by Solomon when he was King. Today when you and I read or hear what he says about the future, we feel a certain sadness that he was very much mistaken in his vision of the future. And yet, was he?

In an immediate sense of his own time, Isaiah would experience the destruction of that Temple with much of the surrounding city. Israel was surrounded by far larger empires who constantly struggled for power.  Tragically, this would happen over and over again far beyond Isaiah’s lifetime.

So, was he quite mistaken in his hope of what the future would be? The answer again is yes and no. First let’s look at what he said. The hill on which Solomon’s temple stood would become the highest of mountains. Since mountains don’t grow, it’s obvious that he meant that this hill would be immensely significant in history. Isaiah said that all nations would stream to it. Was he wrong? Again, yes and no.

Consider Jerusalem today in 2022. Times without number it has been destroyed. But times without number it has been raised from the ashes. Every day from its Ben Gurion airport, its trains stations and its highways, thousands of people pour into its streets and hotels and universities, its hostels and youth centres, its medical schools and libraries, its science laboratories…one could go on…from every part of the world. Over most of them, Jerusalem throws its spell of mystery and fascination and for those who are believers, sacredness.

Thus in a strange and mysterious way, Isaiah’s long ago prophecy has come true in ways he could not have imagined.

This great visionary dared to speak of other possibilities. Out of Zion, he said, shall go instruction, and the world of the Lord from Jerusalem. Today, three of the world’s great faiths look to Jerusalem as their birthplace. Judaism, Christianity, Islam. For a Christian, this city is immensely significant. Much of what Jesus of Nazareth said and did was in and about this city. Whenever we celebrate Eucharist in our parish church, we are also within a room in that long ago Jerusalem where the words were first uttered and the actions first done. Isaiah’s prophecy has been mightily fulfilled.

But this extraordinary mind went further. He dared to form a vision of planetary peace. They shall beat their swords into ploughshares…nation shall not lift up sword against nation. Neither shall they learn war any more. The words are carved into the wall of the United Nations building in New York. They have never been fulfilled but they remain a shining vision that calls to us forever. The echo of that vision sounds in the song that Luke gives us at the birth of Jesus. The song of the angels sang “Glory to God in the Highest and on earth peace…”

For Paul and his contemporaries, the new faith in Jesus Christ was understood as something that gave meaning to one’s life , that drew people in a lonely world into community, that gave people a basis for hope in their lives. Can the gospel mean those things for people today? All we can do is to point to the millions of people for whom the gospels is all these things.

In the empire of his time, Roman life had become one of much self indulgence and appetite. Some would say that this is a mark of all societies in decline and that our own is showing signs of this. All of us will have our thoughts about this. The fact however is that in any society the individual needs a center of some kind, a rock on which we can build a meaningful life. True then, true now and always. Actually, this same theme continues in the Gospel passage.

I suddenly recall a very succinct statement of Margaret Somerville, a Canadian ethicist. She writes. “Ultimately we face a crucial question, one that in our multicultural, pluralistic, secular societies can no longer be answered by a shared religion. The question is - why should we be moral at all? The short answer is this. Because otherwise we would have a world that the vast majority of us would not want to live in” (From The Ethical Imagination - Massey Lectures)

Paul would have said an emphatic yes to that!

The beginning of this passage can make us think of Christian faith as life denying. After all, is it in some way wrong to eat and drink and marry?

Jesus is not in the least implying this. He does criticize a lifestyle that sees the living of life as all there is. A lifestyle that seeks to satisfy the material and relational needs as if that were all. We need to ask questions about the meaning of our lives. Why are life and love given to us? What is greater than the self?

Why is such reflection necessary? Because, says Jesus, the Son of Man is coming “at an unexpected hour”. Sometimes we can feel impatient with this kind of Bible reference to the end of the world. But let’s change our Lord’s language slightly.

Suppose Jesus is saying that at unexpected times there comes into all our lives something that tests us deeply and demands we come to terms with it, that will require a grace beyond our own if we are to respond adequately. Then that’s why our Lord says to us “keep spiritually awake…be spiritually ready.”